She remembered thinking, "Why is everyone out to hurt me?

The Skeletons in My Closet - Stephen Lewis - TEDxGuelphU

Why can't I just be left alone? By the time she got home, she felt "out of it and numb. Immediately, she began to feel better. When Robin and I processed this experience, we saw how benign interactions and life events often triggered strong emotions and distorted thoughts. Her inability to manage these created overwhelming anxiety. She would then dissociate to numb her discomfort. 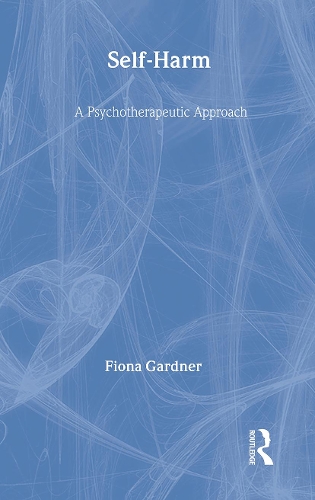 In that "zoned out" state, she didn't feel pain and was able to cut herself. Injuring the body released endorphins, the body's natural opiates, and as a result, her despair and anxiety dramatically decreased. For her, as for many others who self-harm, the initial response to self-harm injury was a kind of pleasure: "I hurt myself and then I feel better. I learned to respect the fact that cutting felt like an effective coping strategy for Robin. In the long term, it created more problems--embarrassment; a loss of control; disempowerment; feelings of inadequacy and failure; and physical injury.

These negative effects added to her vulnerability. Nevertheless, she genuinely believed that cutting was the only effective way to cope. Asking her to give it up was like asking her to turn over the tiny life jacket she clung to when adrift in the ocean. I gave up the power struggle with Robin. I told her she wouldn't stop hurting herself until she was ready to do so.

My job was not to browbeat her into change, but to introduce her to healthier behaviors to engage in before she hurt herself--that would bring her the relief that cutting gave her. I introduced her to a behavioral contract that I have since come to call C. Communicate Alternatively: Self-harm is a form of communication. The overwhelming pain becomes visible and tangible through the wound. The injury validates and legitimizes the internal pain so that others can bear witness.

Self-harm is way traumatized clients can tell their abuse stories without words and without disobeying a perpetrator's injunction against "telling. I suggested she draw the body part she wanted to cut and the actual injuries she would inflict, or create a collage of words and images to articulate her feelings and thoughts. Over the next few months, she learned to use journaling, poetry, and letter writing as alternative forms of expression.

Release Endorphins: Robin needed new ways to experience the euphoric rush that her self-cutting triggered. Endorphins are released not only by intense pain, but also by laughter, affection, and vigorous physical activity. So I encouraged her to listen to a funny CD or movie; to hug a pillow, stuffed animal, or pet; and to do 10 to 15 minutes of physical activity before she acted on the impulse to self-harm.

Self-Soothe: Robin's only strategy for managing her emotions was self-injury. So we identified new ways she could comfort herself, such as taking warm baths or showers; wrapping herself in a quilt and rocking; listening to comforting music; reading positive affirmations; lighting scented candles and meditating; engaging in positive self-talk; and calling a friend or hotline.

I told Robin to do each of the three components of C. That meant that she'd practice 30 to 45 minutes of beneficial, healthy, productive behaviors to accomplish exactly what the cutting had previously achieved.

Robin slowly began to try these new behaviors, and felt less need to follow through with her destructive impulses. When she did, her injuries were more superficial. The C. I've used this intervention with many self-injuring clients since my work with Robin. Of course, not all of them comply with the C. I've discovered the importance of moving in baby steps: verbally rewarding and supporting the client who even thinks about using the contract, or does even some part of it before engaging in self-harm. When clients roll up their sleeves or pant legs, open their hands, or push their hair from their necks to show me their injuries, I consider it a testament to our therapeutic relationship and their trust in me.

Their injuries are poignant information about their pain.

While offering them other approaches and expressing my belief that they can embrace healthier behaviors, I respect where they are and exercise the clinical virtues of patience, persistence, and compassion. It took several more years for Robin to give up her self-injury altogether. The work unfolded on her terms and in her time frame, regularly punctuated by setbacks and cutting episodes. The move toward eliminating the behavior was completely up to her.


In the process, her drawings, collages, and journal entries helped connect her destructive behaviors to her childhood abuse. Robin came to understand that being bumped by a supermarket cart from behind connected to being sodomized as a child. Cutting her left forearm was a nonverbal way to indicate where her father had "grabbed her when he took her upstairs to molest her. Since my hand participated in sexual acts, it made sense to try to get rid of it. By her fourth year of treatment, Robin began to feel confident and strong. She chose to confront her mother about her childhood abuse and sexual trauma.

When her mother discounted her pain and likened the sexual abuse to sinning, she had the courage to move out of the house. With her newfound freedom, she pursued a college degree. These silver lines seemed to me to be a visual reminder of the razor cuts drawn across her arms and legs, which lay hidden beneath her mask and which she could not yet speak about directly.

The careful cover-up seemed to reflect the multiple layers of meaning underlying such disturbing behaviour which Gardner elucidates so clearly. The cutting is paradoxical; devastatingly self-destructive, it is also experienced by the young women as creative, as a release of unbearable tension, and as a means of continuing to live. The full text of the document is available to subscribers. This text is printed for personal use. It is copyright to the journal in which it originally appeared.